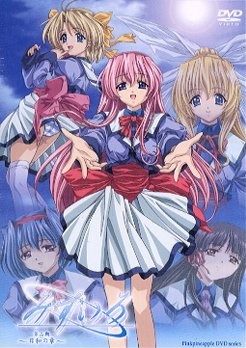 Mizuiro tells the scenario of two girls who like Kenji a lot. The first episode covers Yuki's story, Kenji's younger sister, whose obsession with her brother makes her sad. This is especially considering they're brother and sister, despite being fact that Yuki was adopted by Kenji's father. The second episode goes through clumsy Hiyori's story, where she appears out of Kenji's dresser - naked and ghost-like, trying to convince Kenji to fall in love with her, even though Hiyori does not remember why she appears out of dresser.