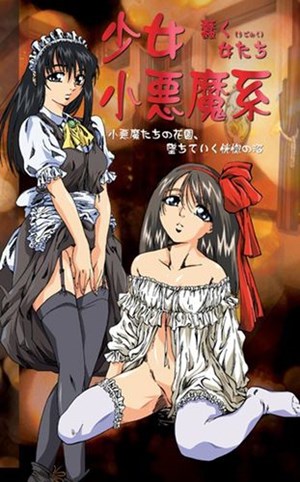 Kyouichi is the head of an exclusive, prostitution business. Ayaka is one of his prized whores. She may look and sound like a little girl,but her carnal techniques will make any man blow a load of his life! Youri was recently rescued from a dangerous situation by Kyouichi, and has started working at his business to show her appreciation. Youri's job for the time being is to escort the clients to their room. Suddenly, a mysterious woman takes her into a room to watch Ayaka and a client in action. She tells Youri that Kyouichi set her up, and tricked her into working for his business. However, Youri cannot believe that Kyouichi would do something of that nature. The woman makes a bet with Youri. Youri will entertain a client, as the woman and Kyouichi watch from another room. If Kyouichi does not come in to save Youri, then she has been set up by the man she loves...! A delicious tale of double-crossing, perversion and debauchery with an unexpected twist at the end!