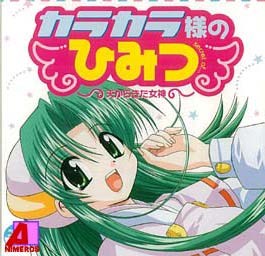 Akimitsu went to his grandfather's village, and he was sacrificed to "Karakara-sama", the god of the water. However it was a beautiful and lovely girl that appeared. Her name was Moeki, and she said she had to have sex as a ritual. Not to mention, he couldn't reject her, and he made love with her. After that, when she came back to the heaven, she noticed that she had forgot to ask the way to come back. Because he couldn't let her alone, they began to live together. Then, their sweet life began... or so someone thought, but there already two beautiful devil girls, Hibki and Kodama, were living in his town. Immediately, they began to attack Akimitsu.