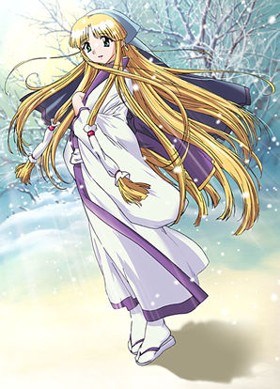 Makabe Hiroshi, who liked science and invention, was supposed to move to the apartment which was owned by the parents of his childhood friend, Youko. There was a rumor that a ghost appeared in the room, but he decided to move because of very inexpensive rent. After his move was finished and when he was preparing for the party with Kotobuki who was Youko's elder brother, the parts of the machine scattered around on the floor short-circuited and exploded. The explosion made a hole on the floor, and they found a strange jar in the hole. A snow fairy with blonde hair came out from the jar. Her name was Ruri. In this way, the cohabitation of Hiroshi and a snow fairy, Ruri, began suddenly.