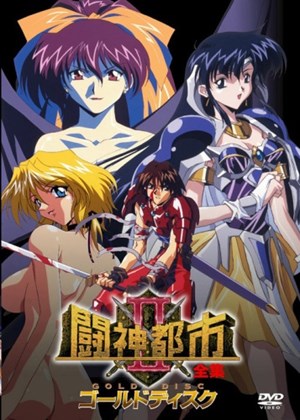 In a faraway land, in a faraway time, the greatest fighters of the land meet to battle each other. Accompanied by a beautiful female partner, each tests his might in the gladiatorial arena, and to the victor go the spoils, including the partner of the vanquished! But when Sid enters the tournament, he discovers the evil hidden at its heart: shortly after he is crowned Champion, the lethally lovely Aquross infects him with a hideous disease that requires him to steal the life force of Angels or be in constant unbearable pain. The only relief lies in an insidious drug that kills the pain, but causes sexual urges that cannot be denied. Now, between bouts of unimaginable agony and savagely intense sex, Sid must defeat the evil Aquross and end the Tournament of the Gods forever!