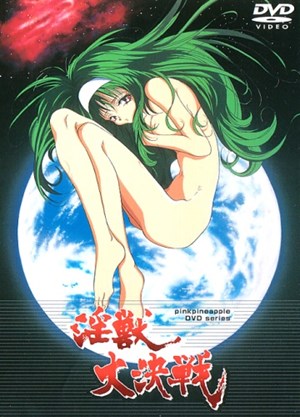 Equal parts horror and hilarity, it's a mission impossible to forget when a giant naked alien woman battles a giant alien phallus with the fate of the world in the balance! A monstrous alien appendage lands on earth and immediately begins invading every woman it encounters. The army figures out that it's attracted to female hormones and gathers the largest force of prostitutes it can muster to lure the beast to its doom, but that many hookers and that many soldiers ensures some "privates" engaging in some unorthodox military maneuvers. All looks hopeless as the monster shaft engorges itself to titanic proportions, until an equally big, bare alien bounty hunter babe shows up to fight the beast. Win or lose, you can be sure that everyone's going to experience a night they'll never forget!