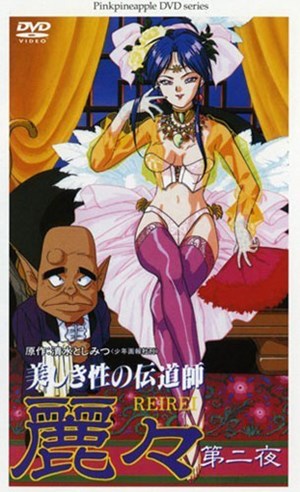 Sweat-soaked bodies writhe in passion as a nurse and a doctor plot to murder the nurse's young ward; meanwhile, a young man endures the despair of unrequited love, unaware that the object of his desire is in love... with another woman! If these hardly seem like sources for high comedy, perhaps it's because you're not Kaguya, a strangely powerful being with the ability to manipulate the fabric of reality, an extremely perverse sense of humour, and a propensity for baring her breasts. A living manifestation of the Hand (or some other bodily portion) of Fate, those who fall under Kaguya's twisted spell will never be the same again, for she delights in giving people their hearts' desires-and letting them suffer the consequences! Together with her stumpy man-servant Pipi, Kaguya stages her human puppet shows with the flair of a master show-woman, foiling perfect murders, turning young men INTO the women of their dreams, and generally causing mass chaos and disaster.