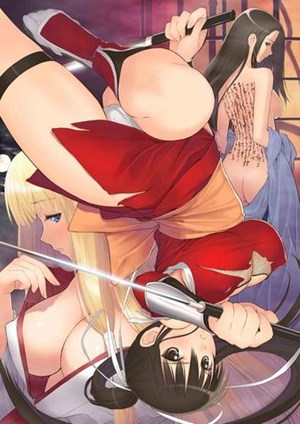 Three mystical artifacts called the Jingi have been stolen and without them no clear order of succession exists in the Empire of Yamato. Now both the northern and southern kingdoms are searching for them, in order to rule over the other. Enter Yahiro, a ninja who is searching the Jingi to sell them for a quick buck. On his journey he will have to deal with a female assassin out for his head, a princess doing nightly visitations, a virgin shrine maiden, and many more.