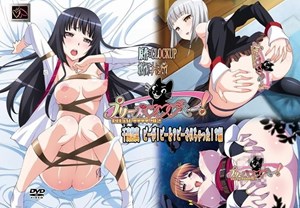 Based on a erotic game by ClockUp. Hosaka Ippei has a covert rape fetish which he has not previously had the courage to act upon. One day, he comes across the unconscious Sally. As a result of certain unfortunate actions, he is blackmailed into letting her stay with him. Whilst watching TV, Sally suddenly remarks: "This woman wants to be raped." Looking at the screen, Ippei sees that she was referring to Kouno Sakura, a popular idol. Sally further explains that she has the innate ability to see a person's desire to be raped. Subsequent to that incident, he meets Chidori Yuuma while at work. Yuuma was a classmate of his back in high school. Even back then, she was beautiful and popular. More importantly for Ippei, according to Sally, Chidori too wants to be raped!