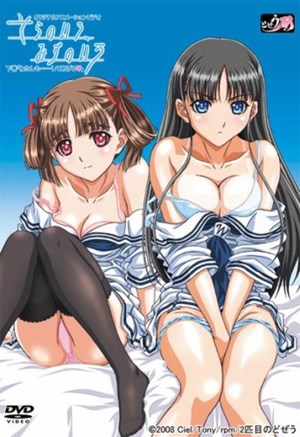 * Based on the game by Ciel, featuring illustrations by Tony Taka. Asa & Natsume are both in love with Saisho Hajime. Instead of fighting over him, they both promised to share him equally. However, both girls have to leave him by the end of the summer. As the summer days go by, they each spend their precious time with Hajime, while the day of their fated departure draws near.