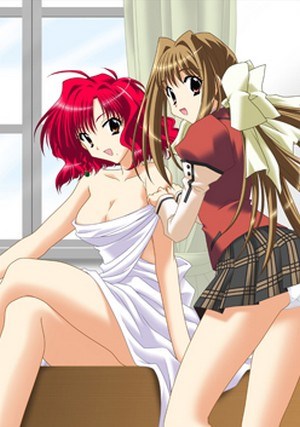 Tamaki happens to find a sketchbook in her closet. Upon seeing the pictures within, she realizes that Rouma has been with her in her memories. Meanwhile, the kickboxing club Rouma belongs to is about to close because Rouma is the only member and thus cannot take part in team tournaments. However, Rouma isn't concerned, and draws a nude picture of Misaki during his supplementary art class. When he beats up a stalker, the grateful Misaki begins to seduce him. On the other hand, Tamaki begins to be unsatisfied with their relationship as mere childhood friends.